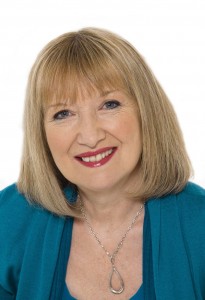 Olivia Roberts spends her life as a therapist, guiding her clients through a series of mental exercises that gradually reduce their unwanted feelings and physical symptoms until they disappear.  Olivia discovered these unusual techniques over 25 years ago, when she used them to end her symptoms of migraine, chronic fatigue and full-body pain. She created the unique Resolution Magic programmes in 2003, when she began her work as a full-time Resolution Magic practitioner.

Since then, over 450 people have used her methods to make their debilitating symptoms disappear.

Olivia is an experienced speaker having presented at many events and training courses.  Visit the home page to view Olivia in an interview on a Las Vegas TV Show. (More links to TV Show below).

After studying Advanced NLP and with her knowledge of conventional medicine, Olivia created the Resolution Magic Programmes for physical and psychological symptoms in 2004. Resolution Magic is a collection of techniques and mental exercise that gradually reduce unwanted feelings and physical symptoms until they often completely disappear.

Clients are coached by telephone, week by week, as they learn the various mental exercises that retrain the neurology, change the effects of everyday life, and change the effects of past experiences. Follow-up continues indefinitely after symptoms have disappeared to monitor the efficacy of this programme. Over 300 people have used the programme for a wide variety of ailments.

Olivia runs workshops and delivers presentations to groups of people who suffer from chronic pain, fibromyalgia, migraine, or tinnitus etc. and presents at various locations, to groups of people with medical conditions, at Positive Living Groups and also at Mind, Body & Soul exhibitions.

26 years ago, Olivia suffered from daily migraine, full-body pain and chronic fatigue.  Without any knowledge of medicine or alternative therapy at that time, she created an unusual mental exercise routine that, by sheer good luck, gradually reduced my symptoms until they completely disappeared.

Olivia returned to normal life, studied science and became a medical representative for 12 years, where she became knowledgeable about conventional medicine and clinical research. She was also a trainer in sales and presentation skills, and organised medical conferences.

In 2002-3, Olivia studied hypnotherapy and Advanced Neuro-Linguistic Programming at The Dominic Beirne School of Clinical Hypnosis and Psychotherapy in Stratford-upon-Avon.

Following this, Olivia created the Resolution Magic programme based not on NLP, but on her own techniques – and volunteers began to try it. Olivia was amazed when it worked for other people, and soon many people used the programme for an expanding number of symptoms and conditions, including Irritable Bowel Syndrome, depression, backache, cystitis, earache, sinusitis, and many more.

These case studies became the foundation for the book that was published this year. The book also contains all of the steps of the programme, and Olivia’s original ‘Theory of Neurological Wave Syndrome’© – Olivia’s explanation of the root cause of almost all physical and psychological symptoms.

“Thank you so much Olivia for the fabulously inspiring talk you gave to my Positive Living Group.  It was clear and entertaining and all the information and techniques you shared were very well received by the group.  We look forward to welcoming you back in the future.” Sue Stone – Positive Living Group, Bournemouth

“Olivia very kindly came to speak at my Positive Living Group and I was very impressed, not only with the content of her talk, but also her eloquence and professional speaking style.  Olivia exudes a positivity and commitment to her therapy, created through her own health experience and the difficulties she has faced.  This passion she brings to her talks cannot fail to touch others and lead them on a path to self-healing, vitality, and well-being.” Jackie Deakin – Verwood Positive Living Group

Olivia has recently returned from a USA book tour, where she recorded two TV Shows, a radio show, and book-signings at book stores.

Presented at The Institute for the Advanced Studies of Health (IASH) conference in San Francisco 13-17th September 2012 http://www.nlpiash.org/

Presented at The Vitality Show, Olympia, London, on March 24th 2013.

TV Show: New Connexion: to be broadcast in November 2012 to 6 states in the USA.   http://www.youtube.com/watch?v=DHnkNRDEj4U&list=UUAaUfrtrahFgvAjwLAhhGPw&index=1&feature=plcp

Radio Interview: New Connexion is also an on-line magazine which featured an article about the book as a new release, and also has a recorded radio interview  - a link to this is near the end of this feature:- http://newconnexion.net/new/preview.cfm/Chronic_Pain_Resolution

Radio Show:  ‘Beyond 50’ is a USA  Internet radio show that has been going for many years. The host, Daniel Davies, began his radio career as a presenter on a local radio station where he enjoyed meeting many famous people, including authors.  ‘Beyond 50′ Radio Show recorded 30th March 2012

Recent publication: Spirit & Destiny, January 2013 Issue:  An article about a client who used Resolution Magic to reduce many years of daily, severe, full-body pain and twice-weekly epileptic seizures until these symptoms completely disappeared.

An Introduction to Resolution Magic: Why (and how) Chronic Pain and Physical Symptoms CAN Disappear

Olivia describes her own story, how it led to the creation of Resolution Magic, and the discovery of the cause of many physical, and psychological symptoms.

“Why (and how) Chronic Pain and Physical Symptoms CAN Disappear”

Olivia’s own story, step-by-step instructions of the techniques, and over 50 case histories are contained in her book.