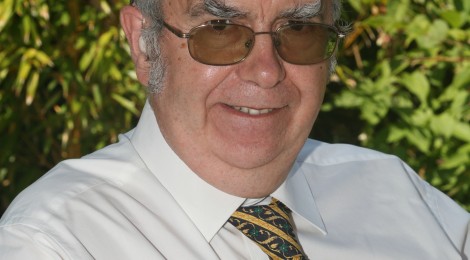 In February 2008, Robert began to use Resolution Magic for a condition which was causing so much anxiety in his life.  It’s always embarrassing to be off sick when there is a busy time in the office, but Robert was off sick for a full three weeks every time an avalanche of work began.

Twice a year, Robert’s desk was inundated with a mountain of seasonal paperwork.  Every time this happened, the staff dealt with the piles of paperwork in an efficient way.  However, this deluge of work had a strange effect on Robert.  Robert began to feel disorientated, and then he felt so ill, so nauseous and so dizzy that he had to lie down immediately, or he would fall down.  A colleague then took him home.

The attack always lasted for three miserable weeks, and then Robert recovered and went back to work – until the next time.  There were other triggers for these vertigo attacks; if he was especially worried or upset, and sometimes an attack could come on suddenly, for no apparent reason.

Robert felt helpless, and his job was on the line.  He knew that he could end up as long-term sick, and in a poor financial situation.  Everything was at stake.

When Robert began the programme, he simply followed the rules.  I telephoned him every week, and reminded him of the programme.  I was keen to hear how he felt, and if he had noticed any changes.  In the early days, there was little to report.

When the next busy period came along at work, the vertigo attack struck with the first avalanche of work.  Roberts felt so terribly ill, but he tried to keep to his Resolution Magic routine, even though he didn’t believe it could make any difference to his illness.

Subsequent attacks continued to reduce in intensity and duration until Robert could stay at work right through the busiest times. After about 18 months, there were no more severe attacks, and the ‘ill’ and ‘dizzy’ feeling that sometimes reoccurred, lasted only a couple of hours. Robert continued to work with the programme on these minor attacks, often triggered by environmental factors.

As I was developing Resolution Magic, and working with more and more people, I realised that stress was, in some cases, ‘refuelling’ symptoms. I began to ask questions to find out what created anxiety in my clients.

One day, I asked Robert’s wife, June, if she had any idea if anything could possibly be ‘winding-up’ Robert. June knew exactly what it was.  It was when he got behind the wheel of a car.  He would get really angry with other drivers if they made mistakes, or drove badly.  June said that she had noticed that this would often start Robert’s headache, or he would feel unwell with vertigo or nausea later that day.

Robert agreed to work on his feelings of anger while he was driving.  He began using the Resolution Programme for Unwanted Feelings.   Over the next five journeys, Robert found that he was changing.  Instead of becoming angry, he began to giggle when other drivers made mistakes, and then he just ‘accepted’ other driver’s errors.  He became a very ‘cool’ driver.