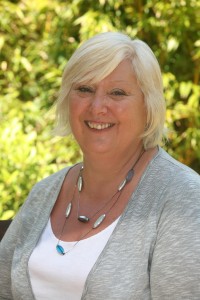 Anna suffered from asthma.  It could be triggered by many things, and often Anna had no idea precisely what set it off.  When I met her, Anna had been admitted into hospital three times in the previous year, with life-threatening asthma attacks.  The steroids that had saved her life had also caused her to gain weight – she had reached 23 stone!

Anna had an appointment with me, and we began to explore what could be done to make this symptom disappear. I started working with past experiences.

When you begin the Resolution Magic Programme, you can begin at any point, working with feelings, symptoms or past experiences, or all three.  Anna was with me, and I had a hunch that past experiences could be a good place to start.

Anna’s asthma was so severe, I wanted to make a difference as quickly as possible.  First of all, I ran through the exercise to discover the origin of a symptom, which you will find on page 183 of the book.

The memory that is brought back often is not related to the time that a symptom first appeared; it can be decades earlier. And it may have no obvious links to the symptom.

An event came into Anna’s mind.  She was only four years old and she was being looked after by her older brother.  He had prepared some soup for her lunch, and put it on the table.  As Anna climbed up on to her chair, her elbow went into the hot soup and it burnt her. As she related the story, Anna began to cry.  It was hard for me not to cry too.

She was rushed into a neighbour’s house, and butter was applied!  This was an old remedy that has since been discredited.  Anna was told not to mention the incident to her mother, so that her older brother would not get into trouble.

The most uncomfortable feeling in this memory was not being able to tell her mother.  We ran through the exercise to change the effect of a past experience, and then I ‘tested’ Anna to see if the reaction was still present – and it was.

Once again, we did the same exercise, to trace the origin of the symptom back to a past experience.

Another memory began to take shape.   Anna saw herself standing in a lounge, by a fireplace, and she felt as though she was ‘very little’.  I asked her to move slowly forward in time, and tell me what happened next.  Anna felt something in her hand, and when she looked down, it was a piece of coal.  And then she remembered putting it into her mouth, and then she went limp.  In the next moment, she remembered her brother resuscitating her.

I led Anna through the changing effects of past experiences exercises to reduce the shock, and an exercise called ‘Restoring Cell Function’ that remind the cells of the body how they should function.

Once done, these exercises made a phenomenal difference to Anna’s asthma reaction.  It disappeared.

Anna appears in the 23-minute video on the home page , ‘Discover Resolution Magic’.